I wrote about the Weird Blue Light in my previous post – it seems that I’ll be writing more on the subject, much more.

First, the scientists now have some clues about the nature of the light itself. At the time of discovery the wavelength was measured to be 452 nm. However this is not what the telescope in Chile measured – this is data from the Hubble telescope that was used just to confirm the initial discovery. With weird things like the WBL other scientists obviously want to look at them too after all. With this second observation they saw that the frequency was different than the data from original discovery – Giant Magellan Telescope reported 430 nm. It was assumed that this is a glitch in the brand new Chilean machine, hence number from Hubble was reported. It was opened just last December and they are still tweaking it for optimal operation.

Last week a new set of data was released – Giant Magellan Telescope reads 458 nm now. A glitch again? No! NASA confirmed that they are reading 458 nm now too. Not only that – Hubble can detect an additional frequency – 339 nm, just under the visible spectrum, ultraviolet.

Conclusion is pretty clear, but pretty weird – it’s a Weird Blue Light, so it’s quite fitting. The emission spectrum that we are detecting is consistent with one of Hydrogen that’s heavily Doppler shifted.

This is a bit technical so let me clarify. If an atom is excited it will emit light with color, or frequency, characteristic to the atom type. We utilize this effect with neon lights that were very popular back in the day. Neon lights are these glowing glass tubes that have a strong retro feel to them. First lamps of that kind utilized, you guessed it, neon gas, and had a characteristic orange glow to them. Later were developed lamps that would glow white (containing CO2), blue (containing mercury), yellow (containing helium) or red (containing hydrogen). Those colors are very specific to the gas type, therefore just by analyzing color you will know the chemistry of the gas used. This is called chromatography and is commonly used to identify chemistry of an unknown mixture or far away planets and stars.

But wait a minute – I just wrote that you get red light from hydrogen – how can it be the source of a blue light? Doppler shift.

If an object is in a relative motion to the observer and emits a wave – be it sound or light – the frequency for the observer will be different than the one from the source. This is the reason why the sirens of an ambulance sound different when it’s approaching and different when it already passed you. You can also hear it on a race track – the sound of a car’s engine changes the moment it zooms past you from high pitched to low pitched.

Doppler shift also allowed us to discover that the universe is expanding. The spectrum emitted by the stars we observe is “red shifted” compared to what it should be if they were standing still. This means that all of them are moving away from us and the only conclusion can be that the universe is constantly growing. You can make an experiment: take a deflated balloon and draw some dots on it with a sharpie, then start blowing. If you were to put an ant on any of the dots it would observe the other dots moving away from it as you blow. You will notice that it works no matter which dot you choose for the ant’s homeworld. As long as the balloon-universe is expanding the dots will become further and further apart from each other.

So the Weird Blue Light is moving – what’s the big deal? A lot of things in space move, all of them to some extent really.

Problem A – to fit the emission spectrum of Hydrogen the WBL object must be moving at 0.3c, or in other words a third of a light speed. That is very fast, but that’s the only way we can get a solution using known physics. For reference, fastest man-made object, Juno spacecraft, travels few thousand times slower.

Problem B – it is also possible to explain now the error in reported light frequencies – there is no error. Measurements were taken at different dates. The Weird Blue Light object is not only going super-fast, but it is decelerating super-fast too. The slower it goes the less of a Doppler shift we observe. It is losing speed at a rate way beyond anything known to humankind.

Spooky enough for you?

P.S. I got promoted to Chief Engineer for the Athena mission! Woohoo! 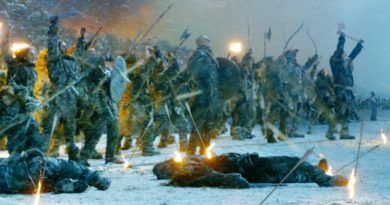 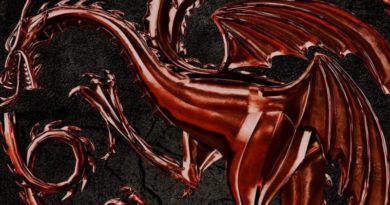 Kilka komentarzy do "No More Fermi #2"