I must say it felt like silence before the storm past week at ESA HQ. All the higher ups were constantly meeting behind the closed doors, and I mean big fish and big fish only. This obviously created a rumor galore, but I try to avoid such things. People constantly worry about our funding. ESA is funded by 25 member states and there is always an upcoming election in at least 3 minor ones and 2 major ones. We are running a lot of projects here and there is very little flexibility in funding. If a big player like France or Germany decides to pull the plug on half of their contribution – we are not getting new contracts ie. laying off people. But I digress, this is not important now.
United Nations have called for an extraordinary behind the closed doors meeting for the 8th of June. Closed Door meetings happen all the time, but not on this topic: Classified. Why am I writing about it? Because I was selected to go to this meeting as an ESA representative. Can’t share any more, not that I know that much more…

Wow. We are living in interesting times. I am sure each and every one of you saw the news, so I’ll just provide a short recap:
– The Weird Blue Light object is now past Pluto and is no longer blue.
– It is coming our way.
– It seems that it will enter Earth’s orbit.
The important thing to know is: That’s what it is to it. We really do not know anything more at this point. You can safely ignore the headlines “We will meet aliens!”, “Are we doomed?”, “Little Green Men” or “Will it be Aliens or Predators?” (Really Daily Mail? Really?). We received no radio transmissions from the object, no one that we know of attempted any communication, no need to panic.
Yesterday’s UN meeting (now completely declassified) was really interesting, promising and disappointing at the same time. The Executive Officer of NASA gave a short presentation on latest measurements of the WBL object’s trajectory and how it will, given current course and expected deceleration, enter Earth’s orbit and how this is only possible if that’s done on purpose. With a really high degree of confidence – we are not alone in the universe.
The promising part was the discussion that lead to complete declassification of everything related to what will probably be our first contact with the extraterrestrial life. When the alien (I will call them aliens from now on, we need to get used to using that term outside of SciFi) object will enter Earth’s orbit sometime late July and an average Joe with a backyard telescope will be able to see it in reasonable detail. An average Joe will be able to receive any potential radio transmissions with equipment that can be bought for few hundred euros on eBay too. What also helped to get to this conclusion is that the UN consists of almost all the countries in the world and sure enough there were few delegates that declared that they will share each and every bit of data with the public no matter what. The conclusion was simple – all data will be public as soon as it is technically possible, because there is no stopping it.
It was also agreed that there will be no one body designated for first contact. Simply there is no time to create it. Americans proposed SETI project, but they got vetoed instantly by Russia and China. It total seven countries declared that they will attempt contact: USA, EU, Russia, Brazil, China, India and North Korea. Declaration by the latter was met by an audible chuckle though.
Israel and Japan are also considering setting up an operation for first contact.
It is completely unprecedented problem and everyone seems to take it slow and try to be as reasonable as possible.
Let’s close this post with a disappointing part of the meeting – the Q&A, specifically the technical Q&A which I was a part of as an expert. First, there were some basic questions about when the alien craft will arrive, how sure are we that it’s not something natural etc. What followed was just a sad show by people who, I presume, were at the meeting by accident. Let me just list some:
– “For how long was CIA secretly in contact with the aliens?”
– “I demand to send a message to aliens!” (not really a question is it)
– “We need to establish which religion they follow”
– “How do we defend ourselves in case of an invasion?”
I had to answer the last one; I just said “The same way the bows and arrows can defend you against a jet fighter”. 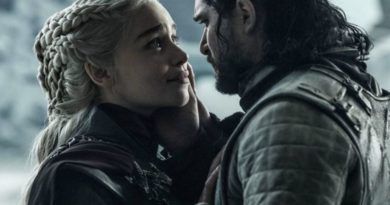 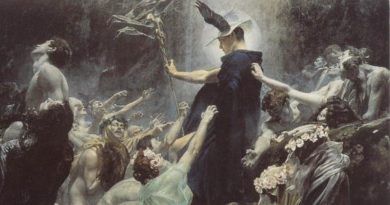 Kilka komentarzy do "No More Fermi #3"