We have just receives first images of the Alien Spaceship obtained through the Hubble Space Telescope! We would have gotten them yesterday, but NASA decided to run a firmware update on the telescope that was supposed to improve the tracking of the alien spaceship. Per murphy’s law the update did not work as it was supposed to – cue frantic 12 hours of trying to get it back and running again.

Received photos are not very sharp, as Hubble at this distance can discern objects that are approximately 14 meters long. ISS from the same distance would be roughly 5×8 pixels, so don’t expect too much. This is best we can get unless we send some sort of spacecraft to have a closer look. I remember that in 2015 people were stunned by the first actual photos of Pluto, taken up close by the New Horizons mission. Previously we only had blurry blobs that were few pixels wide taken by the Hubble. This seemed counterintuitive as we have detailed pictures of nebulas thousands of lightyears away, orders of magnitude further than Pluto.

To understand the issue imagine yourself standing on the third, top level of the Eiffel Tower. Look down – can you see a postage stamp near the bottom of the tower? Impossible with a naked eye, very hard with good binoculars. Now look at La Defense, a business district of Paris with shiny skyscrapers and such. You can clearly see the buildings, no binoculars needed, even though they are 5km away as the crow flies, much further than the postage stamp on the ground.

You can also imagine a dollar bill seen from, say 5 meters. Think 5 yards if you oppose the metric system, it’s almost the same thing. If you increase the distance 10 times you need a banknote 10 times bigger than a dollar for it to appear the same size to you. Increase it 10 times again and you need a banknote 100 times bigger than your normal one. It’s all in the ratios of size to distance.

So what are the ratios for the amazing things that Hubble takes pictures of? Take a Crab Nebula, a really famous one – it is 6500 light years away from us. Far, really far. But how big is it? More than 10 light years in width, it’s gigantic. For a dollar bill to be the same apparent size it has to be 71 meters away from you – that’s a length of a Boeing 747. Right now you should have your expectations really low for the photos of the alien spaceship.

Let’s look at the photo number 3 from NASA as it seems to show details best. Whole craft seems to be shiny-gray in color with some variance here and there. It is approximately 200 meters long and 80 meters wide. Think Eiffel Tower’s shorter and fatter cousin. We also have pictures of it at different angles and based on that we know it looks essentially like a thick rod, maybe 20 meters in diameter, with discs at both ends. They seem to be slightly dome shaped, like an umbrella, pointing into opposite directions. This is very different technology from ours and I would not dare to speculate on the functions of each element. Your guess as good as mine. Whole craft seems to be fairly symmetric, although one of the umbrellas is more rounded than the other.

There are constantly new pictures being taken. Those will not become significantly clearer than what we have now, the details are as enhanced as they can be, but we can try to observe any movement, any changes in shape, any lights that go on or off etc. To get better pictures we would have to send a probe closer to the aliens. No one is going to do such thing at the moment, not to mention that even most basic satellite launch has to be planned months in advance. 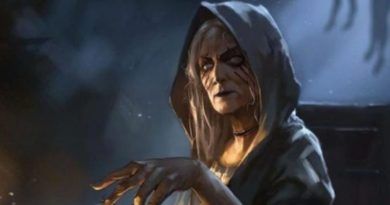 Kilka komentarzy do "No More Fermi #10"