A week has passed since the world has learned that we will soon meet an alien race. Well, actually, it is not necessary that there are going to meet any living beings. Sending people (and aliens?) is much more demanding than doing an unmanned mission. Remember that humans physically did not travel beyond the Moon and any manned Mars mission is still years away, but there is plenty of manmade equipment far out there. Numerous landers, rovers and spacecraft litter the solar system and beyond. Our machines travelled much further than us. It is therefore very likely that the alien spacecraft is merely a scientific probe, a fancy camera really. It may also be just an AI created by some ancient civilization that amuses itself through interstellar travel, not bound by the problems of living beings like eating, breathing and dying.
This lingering feeling of unknown may be the reason why the current reactions to the events of last week are fairly curbed.
If we will have a meaningful first contact it will spark a completely new branch of science. It is not a big surprise then that some countries already jumped the gun; in a city of Bangalore, India, you can already apply to a newly established university to study xenobiology, xenotechnology and xenoculture. While the first two are straightforward – biology of the alien worlds is definitely as complex as ours and technologically we have plenty to learn too – the cultural studies is something that is quite overlooked in the media.
Bear in mind that this is not about the alien traditional dancing, their ancient pottery and such – time will come later for that. First focus will be on language and politics – interstellar politics to be precise.

Language seems easy, it wasn’t a big problem in the age of sail when Europeans were still exploring the unknown seas after all. The issue is that Columbus still shared the spices and the planet with the Native Americans. This makes figuring out words like mother, father, day, night, ocean, boat, grass or bed very easy. For all we know the aliens can be hermaphrodites living in their polar circle on a dry planet with no oceans or lakes, where ground is covered by fungus-like critters and beds don’t exist because they sleep hanging upside down from blue trees.
It’s a very complex issue, yet some news outlets (Daily Mail, again!) half expect aliens soon to call us on Skype using perfect English. Trust me, figuring out how to teach a sign language to a gorilla will seem like a child’s play compared to what’s ahead of us.
Interstellar politics may be even more convoluted. Try explaining Earth’s politics from scratch. Not only there are plenty of intertwined alliances and unions but also quite a lot of animosities among different counties and regions. Expect us to discover a similar level of complexity in the bigger universe that is opening before our eyes.
I am currently only worried about sorting out who is who. Maybe we are living in a really dodgy end of the galaxy and our visitors will be the interstellar equivalent of North Korea? They may ‘warn’ us about other filthy races to try to convince us to ally with them and pulverize us when we respectfully decline? Disclaimer : I really don’t think that planetary annihilation is a potential option. It is no secret that governments around the world try to get news outlets to avoid such narrative, but just think about it – you will either worry for nothing or be dead. I prefer to either not worry or be dead. It’s a bit like Pascal’s Wager, where you are likely to know the conclusion before you die.
While I am on the subject – let’s briefly talk riots. As of today major unrest was reported from Paris, London, Los Angeles, Moscow, Shanghai, Sao Paulo and many other minor places. Honestly, to me it all looks like some angry people just got a new reason to steal a TV from the nearest BestBuy. They are not worried about the world coming to an end – unless they really need that spanking new AMOLED TV to watch it unfold. There is quite a lot of outer space (which is black) featured on the TV and that plays quite nicely with the high contrast of an AMOLED screen.
This will die down soon, Paris is already quite calm today.
Last thing I want to write few paragraphs about is religion. I am personally a devoted follower of the Church of Flying Spaghetti Monster hence I do not expect any life altering messages from my spiritual guides. All hail His Noodliness!
On the more mainstream religious spectrum the Vatican was fairly quick to address the imminent arrival of the aliens, but, as always, it was vague and bland – we are carrying the message of peace and we pray for this and that. Some Catholics are wondering if Jesus came to aliens too, or should we try to baptize them etc. Unfortunately pope John Paul the third decided to wait a bit more before giving people any more answers.
There was an interesting interview with an Imam, from a mosque in Sweden I believe, who said we should welcome the aliens with open arms, but when later pressed was fairly frank that ‘if they are infidels then they are infidels and should be treated as such’. Charming fellow.
I expected there would be more people trying to worship the aliens. There are three big-ish (100+ members) sects in the US that spend most of their energy arguing about whether it’s Jesus or someone else coming. The FBI was very clear that they will keep a close eye on those groups, the current strong armed president will have no mass suicide pacts on his watch.

For self-reflection – people are still amazed by the Cargo Cult (new documentary won the Oscar two years ago) – a village in the jungle saw airplanes and thought that they are gods. They made small dirt airfield complete with wooden control tower to try to lure them in. I highly recommend watching the documentary if you haven’t yet, it’s great and the timing is really right too. 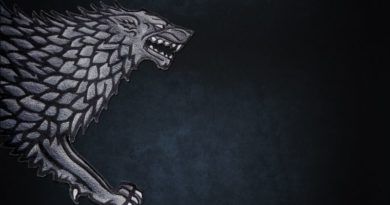 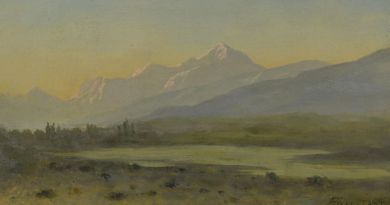 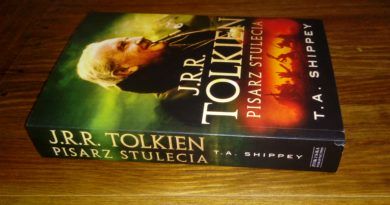 Kilka komentarzy do "No More Fermi #5"